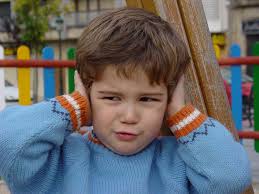 There are many sounds we hear in any given day. We hear in terms of decibels and this is further defined by amplitude, impact, frequency and duration. Some sounds are quick and immediately absorbed by the surrounding air and objects in that air space. Other sounds linger from a distance or become louder as air currents direct the frequency toward us. Sounds are implicit in themselves. Even if we do not hear them or are not in the general viscinity of the sound, it still happens. It is a natural constant.

With the presentation of any sound or in this case, a noise there are three things that participate in the process. There will be a source of the noise, a noise carrier, and noise amplification or reflection. Noise sources are caused by a frequency vibration eminating from an exact location. These noises begin after an object moves outside the parameters of its intended use.

HVAC systems are made of electrical and mechanical parts. These parts can hum, bang, drip, grind, whiz, clunk, whistle, whirl,rumble, chirp, and clang. Parts that touch each other during operation can create friction and this may create a sound if lubrication is not provided. A sound created in one location in the system may amplify and present itself in another area of the home or building. Outside noises may be amplified by ductwork and sounds that are seemingly being caused by one situation may have another cause altogether.

It is important that HVAC systems be installed to take care of the calculated heat load and the provision of fresh air to the defined air space. This must be done efficiently and without any sort of noise irritation to the inhabitants. It is necessary that all parts of the system be in warranty and tonnage be calculated acurately to provide the best service without causing undue stress on the system. 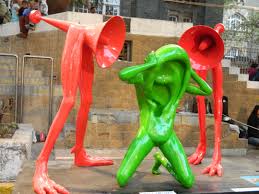 Since noise is created from a vibration of one element against another, the ductwork is a prime place to hear noises. The ductwork can act as an amplifier of the noise and become its carrier also. A duct panel that is vibrating in reponse to noise being created in the HVAC system is impacted by alternating low pressure and high pressure air. This alternating air current flow bends the metal of the ductwork creating a variety of different sounds. This air turbulence is a common situation most often caused by an underestimation of the heat load and the installation of an undersized unit or system of ductwork. In addtion, ductwork can begin to leak over time creating another set of noises.

Compressor noises can indicate a wearing or failure of the inward parts of a unit. They must be analysed and their source determined.

If the noise is a banging sound it could mean there is a loose crankshaft or connecting rod inside the compressor. Buzzing sounds often indicate loose electrical connections. A strong clanking sound can indicate the entire compressor has become unstable and is loose on its platform. Hissing sounds may indicate a refrigerant leak. Humming often indicates the motor may not be starting or is starting slowly. A screeching sound is indicative of a place of serious friction within the HVAC system. 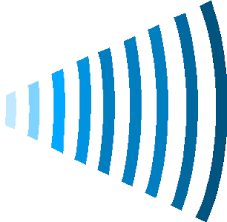 Air handlers are often made of metal and contain a blower along with filter racks/chambers, sound attenuators and dampers. The air flowing through this device is impacted by many different objects that direct and redirect the air flow. Over time, these parts may wear and change the way they impact the flow of air.

A buzzing noise from this mechanical device may indicate a wearing down of the electrical parts. Hissing may indicate an air or refrigerant leak. Ticking may occur when debris enters the sytem or possibly a fan blade is intermittently touching another part. Clanking may indicate a bad compressor or condensor parts are loose.

Noises mean something. They must not be denied, avoided, or dismissed as trivial. Proper installation and maintenance can do much to prevent noises. But, they will occur as time goes by. Professional HVAC technicians are educated and trained to understand what they mean, trace the source, and provide a workable solution to the matter.