Skip to content
You are here:Home-Physics-Your Boss Wants You to Know This:Temperature

Your Boss Wants You to Know This:Temperature 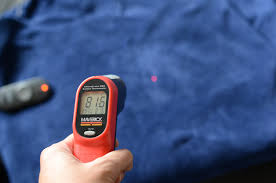 Temperature measures the intensity of heat to be found in one molecule of a substance. According to molecular theory as it relates to heat, temperature actually shows the speed of motion of molecules being affected by a force upon it.

Molecules are made up of atoms. These atoms have mobility. The speed at which they move is determined to be its temperature. The measurement of heat is actually a multiplication of the thermal energy to be found in one atom by the total number of atoms being affected.

The designation of degree Fahrenheit is a conventional unit of temperature used in the United States. It is a scale based on ideas put forward by a physicist in 1724. The basic unit of measurement is 0F. It is known for setting the temperature of freezing ice at 32ºF and the boiling point of water at 212ºF.

The Kelvin scale is a scale that has as its null point absolute zero. This is the point at which all thermal motion stops. It is a base unit of temperature according to the International System of Units(SI).

The Rankine scale is an absolute scale of thermodynamic temperature. Absolute zero is same on the Rankine scale and the Kelvin scale. It is determined that one Rankine degree is equal to one Fahrenheit degree. 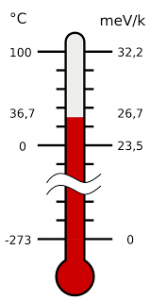 Thermometers are used in a variety of measurement systems for scientific, industrial, technical, electrical, and engineering applications.