Skip to content
You are here:Home-Physics-Here’s How to Understand the Concept of Pressure

Here’s How to Understand the Concept of Pressure 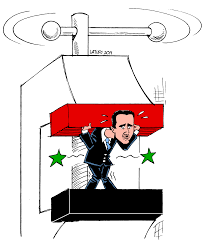 Pressure is defined as the force per unit area. Amounts of pressure are expressed in pounds per square inch, in pascals(Pa) and kilopascals(kPa). The pascal(Pa) is a unit determined by the International System of Units(SI). The pound-force per square inch(PSI) is used in the imperial and the US customary system.

Pressure may also be defined as the amount of force applied perpendicular to the surface of an object per unit area.

Pressure on Fluids and Gases

Fluid pressure can be found in either an open or closed condition. An open flow condition is seen as a naturally occuring body of water on the planet. A closed condition is a mechanical situation such as a closed circuit of flow in an HVACR system. These conditions are viewed as either static(non-moving) or dynamic(moving).

Fluids that are static(non-moving) give their pressure reading and it is expressed as hydrostatic pressure. Fluid dynamic principles explain and govern the measurement of fluids that are said to be dynamic. 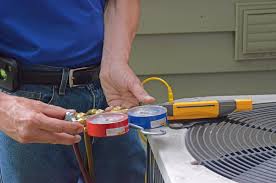 Pressure may also be indicated by inches of mercury or feet/inches of water column. A barometer is also used to express pressure and functions as a mercury gauge. High vacuums is expresses as torr. One torr equals a pressure of 1mm of mercury.

This pressure is defined as the pressure of a vapor in a state of equilibrium inside a closed system. This vapor pressure is also an indicator of its evaporation rate which is the tendency of particles to escape from a liquid or solid state. A vapor/gas is said to be volatile if it has a high vapor pressure at normal temperatures. If the temperature of a liquid is increased, it will increase the kinetic energy inherent in it, thereby increasing its transition from a liquid to a gas which increases its vapor pressure.

Static pressure is a very important kind of pressure in the field of HVAC. It is defined as the resistance to airflow inside an HVAC system. Essentially, the push or dynamic flow of the air inside the system must be greater than the resistance against it. In a very practical way, static pressure can limit the performance of an HVAC system if length of ducts, tonnage, and area to be conditioned are not calculated correctly.