Skip to content
You are here:Home-Uncategorized-Photocatalytic Oxidation Process (PCO) 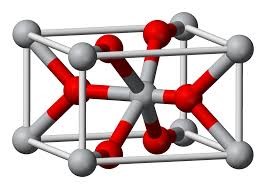 Photocatalytic oxidation is an advanced chemical process whereby atmospheric contaminants can be cleaned, suppressed, or eradicated using ultraviolet and photon energy that activates a catalyst. Volatile organic compounds, bacteria, mold, and other organic matter are limited or destroyed by photon and ultraviolet light interacting with other elements.

Light is a common occurrence on our planet. It is an electromagnetic radiation that falls within precise portions of the electromagnetic spectrum. When we think of light, we think of the visible spectrum. However, there are sections of the spectrum that are not visible. Light also comes about by packets of photons, which are considered particles. It is accurate to say therefore, light is a particle.

Light provides energy for plants to grow and impacts us as human beings on the planet. It permeates the deepest sections of space and lends its energy to several different biochemical processes.

This photo-chemical process is made by the combination of titanium dioxide(Ti02) and UV rays. 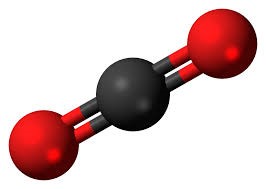 This element demonstrates the characteristics of photocatalytic activity when placed under the impact of ultraviolet light. TiO2 is used as a pigment and is most commonly presented to the public in sunscreens. However, in this case it provides oxidative potential and oxidizes water which results in hydroxyl radicals.

The photocatalytic properties of titanium dioxide were discovered in 1967. It has the capacity to be a catalyst and creator of energy when stimulated by an outside factor. When impacted by UV light, TiO2 completes hydrolysis which is a process that breaks water into hydrogen and oxygen. The surface of the titanium dioxide is further enhanced by its random surface tension and structure. The lattice type surface is created in such a way that it absorbs larger amounts of infrared and ultraviolet light. 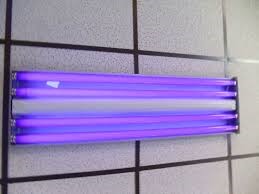 This form of invisible light is shorter than visible light and longer than X-rays. It is often used to make other elements glow or fluoresce. In this case, it is useful as it also interacts with certain organic molecules to produce ionization.

Here is What Happens!

The ultraviolet light is released on to the surface layer of titanium dioxide. Negatively charged electrons hit this surface and begin the transformation process by interacting with water(H2O) molecules. This interaction produces hydroxyl radicals(OH). These molecules are highly reactive, possess a short life, and are uncharged as hydroxide ions(OH-).

At this point, the hydroxyl radicals then approach larger carbon-based molecules that are contaminants. It breaks their molecular structure down and turns them into innocuous substances like carbon dioxide and water.

Viral pathogen suppressors have the ability to significantly improve your indoor air quality. By doing so, they will give anyone in your household the advantage they may need to increase their quality of health.