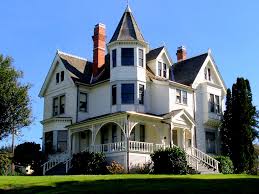 Back in 1978, a fellow named Russell Morash was doing a show called “The Victory Garden” at WGBH in Boston, Mass. He also started another show about home renovation and needed more contributors to the show. He called the Boston Gas Company and found that The Trethewey Brothers were on a list of service providers for home renovations.

The new show was to be named “This Old House” and the first episodes revolved around the rebuilding of an old Victorian style house in Dorchester, Mass. Richard Trethewey was charged with the responsibility of the plumbing. The rest is television history as “This Old House” has become a mainstay in public broadcasting.

A book first published in 1994 called “This Old House, Heating, Ventilation, and Air Conditioning” is still being sold on various sites at around $4.95 for the paperback copy. Even after being on the market for 23 years, the book still achieves a five star rating on many book selling sites. It is still relevant and useful for any homeowner needing information about their home HVAC system.

Richard Trethewey has joined talents with Don Best in the writing of this book. Mr. Best has written for many publications and is cited as helpful in the research and writing.

The book is written for the homeowner and doesn’t expect that homeowners will be able to to do what only a licensed technician can do. In this regard, the tasks and procedures outlined in the book are all intended to be within the skillset of the average homeowner.

The writings within the chapters of this book give enough information for the homeowner to be able to determine if they are spending money wisely and using the correct company for the issue at hand. There are pictures, charts, and graphs throughout the pages of the book. In addition, the book offers cost analysis and attempts to dial in advice and counsel based on geographical location in the nation.

Examples from actual repairs and rebuilds are entered to illustrate problems and to see the practicality of suggestions for restoration.

This review will be a look at all the highlights of the book.