Skip to content
You are here:Home-Physics-Everything You Need to Know About Linear Measurements

Everything You Need to Know About Linear Measurements 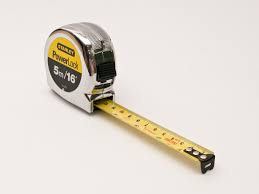 Linear measurements take place in one dimension and are absolute. Measurements are based on units of length. These lengths are pre-established and are constant.

In America, lengths for measurement are established by the United States system. These originated from English units which were taken from the Roman and Anglo-Saxon era. From the British system of measurement came the imperial system. From that, the American system has grown. The US National Institute of Technology prefers to use the International System of Unit with a variety of combinations according to career field and area of study. Although the metric system was formally entered into American law in the Metric Conversion Act of 1975, the US public has not resonated with its units of measurement and the system has not yet been selected official.

A unit of length defines and expresses a dimension of distance or constant magnitude. The most commonly used units of length are expressed here.

Micron = one-thousandth of a millimeter (mm).

Modern man has devised and created several tools for linear measurements, length, or range. A partial list of these are listed here.