Skip to content
You are here:Home-Filters, HVAC Maintenance, Indoor Air Quality, Ventilation-Insane Indoor Air Contaminants That Can Make You Sick

Insane Indoor Air Contaminants That Can Make You Sick

The industrial revolution of the 18th and 19th centuries introduced several new forms of production and manufacturing to the American marketplace. As a result of that increase in productivity, environmental decay and deterioration have gradually eroded the natural resources of our country. It also brought a whole new set of indoor air contaminants for the air we breathe, the water we drink, and the food we eat.

Recent reports indicate that over 65% of the American public live and work in areas that exceed healthy limits. This exposure to unhealthy chemicals and environmental pollutants is now showing that there is an increase of infections, inflammation, cancer, premature death, organ failure and psychological disorders.

Bioaerosols are airborne and are derived from viruses, fungi, bacteria, mites, protozoa, and pollen. These elements proliferate in areas that contain moisture and have little sunlight. These bioaerosols can range in size from 10 nanometer virus particles to pollen grains of 100 micrometers. They flucuate in density in our atmosphere based on temperature, the presence or absence of ultraviolet light, relative humidity and the presence of dust or clouds in the air.

This type of contaminant are propelled into the atmosphere by the effors of wind currents. Once they are in the air, they can travel into the upper stratosphere. From there, they can be carried by prevailing winds to every part of the earth. If the bioaerosol does not make it to the upper atmosphere, it can be carried by bubbles and sea spray over and in the ocean as the currents flow. 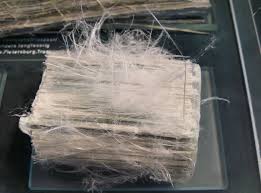 Asbestos is a silicate mineral appearing in fibers. It is resistant to fire and has a high tensile strength. Asbestos has been proven to lead to cancer and must be handled according to currentl OSHA guidelines. It is a very small, microscopic fibril that can infiltrate very small places such as the capillaries found in the human lung.

Asbestos has been used in sound absorption, electrical insulation, building insulation, and hot plate wiring. By the 1980s, asbestos use has gradually decreased due to restrictions placed on it from health organizations around the world. More lawsuits have been brought against manufacturers and installers of asbestos than any other product in American history. 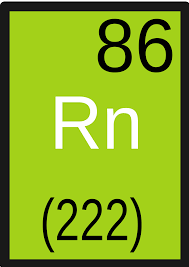 Radon is a radioactive gas that is odorless, colorless, and tasteless. It is found in rocks and soils and is easily inhaled. When uranium and thorium decay, their by-product is radon. This gas has been proven to cause cancer because of its radioactive properties. It enters structures through cracks in the floors and walls, floor drains, sump pumps and the porous cement blocks.

Radon will be present in the soils and rocks of our country for many years. This is because the radioactive elements of uranium and thorium have very long half-lives. The problem of radon presence is further complicated by the fact that as it deteriorates, it produces other radioactive products that attach themselves to dust particles. These are then breathed into the lungs causing a further spread of cancer in the lungs.