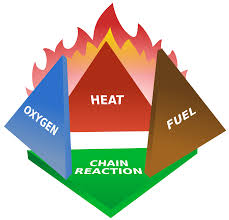 Heating and air conditioning systems include this type of heating that uses propane, LP gas, artificial gas and natural gas as the fuel source. The fuel is controlled by a pressure regulator that allows the gas to be sent to the burner. The fuel is kept under low pressure at all times.

A pilot light is used on a continuous basis and the burner is controlled by a thermostat regulating a gas valve. A thermocouple is installed along with a safety soloenoid. These will turn the gas supply off if the pilot goes out. Pilot lights are gradually being replaced with electronic ignition technologies.

As heat is produced in this system, the byproducts of combustion are allowed to escape through venting. Heat from the heat exchanger moves through the outer wall and radiates into the surrounding air. This heated air then rises through the warm air ducts and enters living spaces through warm air registers. As this air cools in the living spaces, it becomes heavier thus causing it to descend down through the cold air ducts and back into the furnace.

Gravity heating systems are often the most inefficient form of heat for a dwelling. They are often large and resemble and octupus they have so many ducts extending from them. They do rely on gravity so the actual circulation of air is dependent upon convection. This type of system is also costly because a large flame is required to heat the air in the ducts and a great deal of heat is lost through exhaust.

Because of its age on the market and its use in former years, the design of ductwork and the placement of heat registers were poorly rendered. The ductwork was extensive and highly inefficient. The registers were found to be located on inner walls close to the center of the home. This kept the inner areas warm, but the outer walls became cold. This would call for more fuel, thus increasing expenditure cost. In very old units the type of insulation used was asbestos. This has been proven to be a hazard to health. 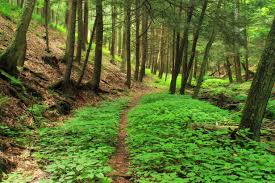 Gravity heating systems release by products of combustion into the atmosphere. They also rely on organic fuel sources to supply them. As these by-products are released, they can negatively impact the ozone layer of our environment. In addition, replacing it with newer systems is recommended as this would decrease any reliance on the use of petroleum and gaseous substances for fuel.

Most HVAC companies will recommend the replacement of this kind of heating unit. Their inefficiency and the difficulty in finding readily accessible parts for repair make them very costly. In addition, a gravity heating system introduces the potential for the release of toxins into the rooms of a home as ductwork begins to leak and metal seams begin to deteriorate.