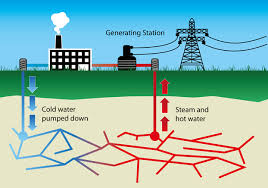 Systems that use water or the ground and the thermal heat attached to them are called geothermal heat systems. Essentially it is heat pulled from the ground or the various elements of the ground such as soil, rocks, and water. These kinds of systems are also named ground source heat pump systems.

Geothermal heat pumps are able to heat and cool structures using a ground heat exchanger. Some systems also make use of compressors and fans that can really maximize output and consitency in conditioned air.

The only issue attached to this kind of heat pump system is the cost up front. It costs a significantly larger amount of money to install than a conventional HVAC system. However, once installed correctly the system can be a tremendous return on investment. In addition, the inside parts of the system can be guaranteed for 25 years and the ground loop can be warrantied for 50 or more years. 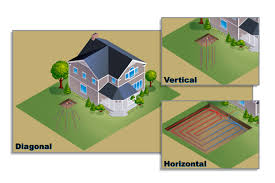 In this system, an antifreeze is circulated through a closed loop plastic tubing. This tubing is under the ground or submerged in water. There is a tranfer of heat from the refrigerant in the heat pump and the antifreeze in the plastic loop.

A direct exchange system does not use a heat exchanger but a pump to send the refrigerant through copper wiring. This wiring is buried in a horizontal or vertical way.

This type of installation calls for trenches that are at least four feet deep. The trenches run horizontally across the land. Pipe is installed with one run being four feet down and the other six feet. It is also possible to lay two pipes side by side.

When a great deal of land is not available or if homes and buildings are close together, a vertical configuration may be used. Using this system requires the drilling of a four inch wide hole approximately 20 feet apart and up to 400 feet down. Two pipes are connected at one end with a U-bend. A horizontal pipe connects these loops and these are then connected to a heat pump.

In this system a pipe is placed underground from a building to the water source. It is coiled into circles and placed 8 feet or lower in the water. At these depths, the water temperature is more constant and not impacted so much by heat from the sun or cold temperatures.

In an open loop system, water circulates through the system and then returns to the ground through a well, a recharge well, or is discharged on to the surface of the ground.