Skip to content
You are here:Home-HVAC Technology-Five Types of Compressors 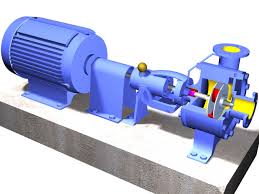 There are five basic types of compressors used in the HVAC industry. These types vary in method, utility, function, and purpose. They are: 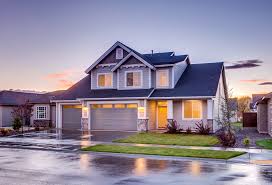 The type of compressor needed is based on the application needed and the space being conditioned. Factors to consider are the size or tonnage of the HVAC unit, noise parameters, amount of cooling required, cost, and maintenance requirements. In order to meet the requirements of residential applications it must be quiet and readily accessible to be serviced. It’s size must be appropriate for the setting. Most often, small fractional horsepower hermetic reciprocating or scroll compressors are used.

For larger applications, a high capacity centrifugal compressor is necessary. Since the building is large and the volume of air to be conditioned is large, compressor size is a major factor. These commercial applications also have many routine, weekly, montly, quarterly, and yearly maintenance procedures that require easy access. Usually, the cost of this compressor will be a major cost in the total expenditure for the building.

These compressors work well with a variety of vapor compression situations in refrigeration. They are also known as radial compressors and are a subclass of axisymmetric turbomachinery.

In these compressors, a pressure rise is achieved by adding kinetic energy or velocity to a continuous flow of fluid. This fluid is impacted and forced by a rotor or impeller. This impeller forces a vapor to move in a circular motion against an outer diameter. It is a simplistic design with many impellers increasing the presssure obtained. Pumping pressure increases with speed, so high speeds are used. It is used most often in large capacity systems from 50 to 5,000 tons. 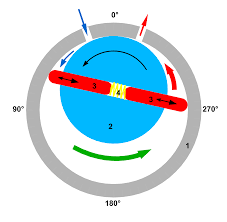 This type of compressor is most often used in window air conditioners, refrigeration appliances, and heat pumps. Rotary compressors are either rotating blade or stationary blade. In both compressors, the blades or vanes on the shaft serve to seal the vapor inside the unit. Low-pressure vapor is pulled into the space behind the blades and as the blades revolve, the vapor in front of the blades is compressed. The pressure created by the rotating blades causes a build up of temperature and results in the vapor being forced through an exhaust port and into the high pressure side or the condenser.

A scroll compressor is used in residential HVAC systems and heat pumps. It contains fewer moving parts than other types and is highly efficient. It produces less vibration, less friction, and lower noise levels. The scroll orbits inside a stationary scroll. As the motion orbits, gas is forced to the center of the scroll. Because it is systematically forced to the center, the pocket of gas becomes increasingly smaller. It reaches its maximum discharge pressure when it reaches dead center and is then released. The scroll compressor is very efficient as the action is constantly pulling in gas and discharging it at six different intervals. 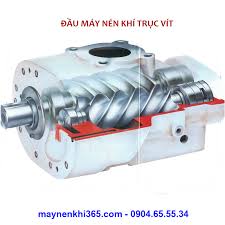 In the externally driven presentation, the compressor is powered by an external, electric motor. This motor turns the drive shaft. The housing contains a male and a female, helical rotor. They function together to trap and compress air as it is moved.

The screw compressor contains a capacity control device that regulates the flow. The variety of control this device lends to the system allows the unloading of vapor at compatible levels. It is a smooth and accurate regulation of the flow of vapor creating a virtually noiseless action with dimished levels of vibration.

Essentially, this compressor is designed like parts of an engine. It uses a cylinder, a piston, and a rod to achieve compression. Power is supplied by an electric motor lending its rotary motion to the action that must be transferred to a back and forth motion. This is achieved when a rod connects the crank to the piston. The entire process is contained within a crankcase or housing.

HVAC Compressors do not have to be a mystery. It is an electromechanical, gas filled device that uses various engineering factors to increase internal pressure, thereby reducing its volume. It is very similar to a pump, but differs in that it compresses gas and transports or propels it into another area of the HVAC system or the condenser.