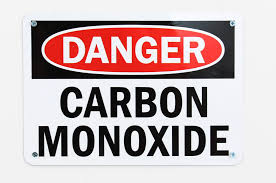 Carbon monoxide is a chemical that is toxic to the body. It is slightly heavier than air and is odorless, colorless, and tasteless. The human senses are not efficient in its detection, therefore safety features are needed to detect its presence.

Carbon monoxide is made up of one carbon atom and one atom of oxygen. It is the most simple oxocarbon and cannot be tolerated in animals or humans above 35ppm. It assists in the production of ground level ozone and has a short life.

This type of poisoning happens when humans breathe in the toxic fumes from furnaces and other appliances using combustion as a part of their heat producing process. Usually, this is an accidental occurrence because some safety feature of the unit has failed or there was never a CO detector installed in the area for safety.

The carbon monoxide(CO) combines with the hemoglobin of the body to create carboxyhemoglobin. This prevents the other blood cells from including oxygen and eventually the body is rendered completely oxygen depleted and cells begin to die.

The symptoms that accompany carbon monoxide poisoning include headache, vomiting, nausea, extreme fatigue and physical weakness. The mind will become confused, disoriented, and the poisoning may include fainting, seizure, and a breakdown in visual acuity.

Because carbon monoxide is odorless, tasteless, and colorless it is necessary to have technologies that detect its presence. These technologies or detectors are made by a variety of manufacturers and come with varying warrantied lives.

They are designed to measure the levels of CO in the air and will alert you when excessivly dangerous levels have been reached. Some of the units available will also alert a monitoring service that will be responsible for sending first responders if needed.

Dual detectors are available on the market. It is possible to combine smoke detection with the detection of CO. There doesn’t necessarily have to be a fire for CO levels to be detected. If there is an open flame or a space heater in the area, CO levels may increase. A blocked chimney and an out of maintenance furnace or water heater may interject excessive CO levels into your home atmosphere. And, of course a running car in the garage will always increase CO levels.

A CO detector is a helpful and legally required item in today’s home or business. Building codes have grown to reflect the need for quick and accurate detection for the safety of everyone concerned and the increase of indoor air quality.  However, an interesting statistic started trending that has created a change in guidelines for CO monitors and detectors on the North American continent.

America and Canada got together through the Canadian Mortgage and Housing Association and the Underwriters Laboratories(UL) and rewrote the standards for these kinds of detectors. It appears there were an alarming number of false alarms being reported to first responders across both countries and municipalities and counties were spending a great deal of tax money on these first responders heading out to locations that were not really in distress.

So, they raised the point at which alarms would actually be triggered. Instead of 30ppm, the alarm would trigger at concentrations up to 70ppm.