Essential Things to Know About NATE 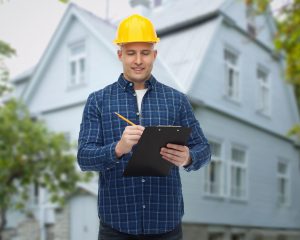 The North American Technician Excellence organization is our countries largest certifying entity for the heating, ventilation, air conditioning and refrigeration industry. For 20 years, NATE has offered guidelines, continuing education, tests, and government influence making technicians better and the job they do easier. It’s headquarters is in Arlington, VA, but it’s influence is felt nationwide.

Through NATE, a technician may sit for exams that certify them in a variety of HVAC/R areas. The subject areas include domains that are pertinent to educators, manufacturers, utilities, and contractors. Testing covers installation and service certifications in the areas of

The quality of field service and installation technicians was being called into question approximately 15 years ago as manufacturers began making HVAC/R systems with more sophisticated technologies. The creators of these technologies knew that training would need to take place for the accurate installation and maintenance of these systems.

The new systems were not being covered in HVAC/R schools or training systems and this began to show in maintenance records expressed as callbacks and added consumer cost for repair and maintenance. Manufacturers began to see a decline in sales of certain types of new technologies and also had to begin dealing with returns and consumer warrantied demands.

In 1997, NATE became incorporated and manufacturers began providing funding. The NATE coalition was created which was a consortium of entities from distribution, manufacturing, service, contracting, utility companies, and trade associations. Tests began to be developed and the first tests were administered in November of 1997.

The organization continued to grow as Army soldiers were given points toward promotion if they became NATE certified. The Montgomery GI Bill began reimbursing soldiers for NATE testing. Manufacturers came out with dealer programs that included NATE and testing for electronics began. States began to make NATE certification part of their licensing requirements and consumers could go to websites and find a NATE certified technician to provide for the HVAC/R needs.

The number of NATE technicians continues to grow and getting this certification is always a good thing for a technicians professional growth and the consumer’s satisfaction. NATE certification represents a technician’s dedication to excellence. However, it also aids in the primary mission of any HVAC/R service company, which is to provide excellent customer service.

NATE does not involve itself directly in legislation governing the HVAC/R industry. However, it does interact with municipalities, counties and organizations anywhere in the US who seek to make NATE certification part of their expectations for service providers in their areas.