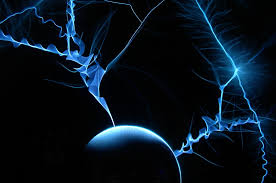 Electricity drives electric motors and motors drive and control HVAC and refrigeration systems. Therefore, an understanding of the types is important. Each type will do a certain task at certain frequencies and duration.

External drive motors are found outside the housing of a compressor. A belt connects the compressor to the motor. A coupling may also be used to connect these two mechanicals. There is a ratio of size, usually 3:1 between the compressor flywheel and the motor pulley. 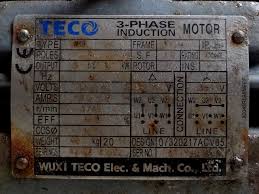 Motors have coils driven by the amount of current being supplied to them. The more coils in the motor, the more smoothly the motor will operate. The total number of electric currents energizing the coils is called its phase. So, motors can either have two, three, or four phases positioned around the stator.

In this type of motor, there is a wound rotor and a centrifugal mechanism. This mechanism shorts the rotor winding and removes the brushes off the commutator when certain speeds are reached. A repulsion motor, using alternating current is usually a single phase one where the stator winding is connected to the alternating current power supply. The rotor is connected to the commutator and brushes.

The motor’s capacitor is either employed to start or run the motor. It alternates current to the windings of an induction motor to create the rotating field. In this type of motor, the initial start up is supplied by the capacitor while the motor continues to operate using induction run principles. 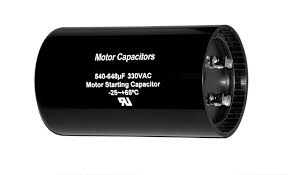 This type of motor is also known as a permanent split capacitor motor. It is often less than 3 horsepower and can go down to fractional sizes. Speeds can vary and they can have two, three, or four operating speeds. The capacitor winding in this motor is what causes the primary action. The centrifugal switch is replaced with a running capacitor. This motor contains no switch and current remains constant in the winding during operation.

This motor only uses a run capacitor to provide the phase shift to start it. There is no disconnecting switch between the start and run windings. When current is infused into this motor, it travels through the run winding and also to the run capacitor. This is enough to create a phase shift to start the motor. A counter EMF is proportional to the rotors speed and will limit current to less than 1A at full speed. As the motor shaft increases its load, it slows down. This causes a decrease in the counter EMF which creates larger potential differences between it and the current. This larger potential difference causes an increase in the current in the start winding, which in turn causes an increase in rotor torque.

Polyphase power is very useful in AC motors as it generates a powerful rotating magnetic field. These motors are relatively simple to build. When compared to single phase motors, induction polyphase motors are easy to build, self starting, and produce little vibration.