Skip to content
You are here:Home-Ventilation-5 Ways to Become the Macgyver of Ducts

5 Ways to Become the Macgyver of Ducts 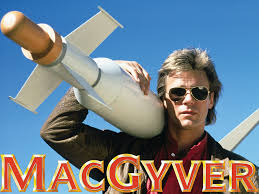 Macgyver was cool. He could be stuck in an elevator and pull a piece of dental floss out of his back pocket, combine it with some chewing gum he had stuck on his shoe, and climb out of the elevator right before it crashed 10 stories down.

So, anybody can be a Macgyver of ducts when it comes to your HVAC duct system. They get a great deal of use over time. They get full of dust, grime, sometimes small animals, and one of your kid’s stuffed toys. They break apart or things gets dropped on them while you are climbing through the attic. Rain drips through a roof leak and you find yourself turning to your wife and asking, “What is that smell?”

Sealants that hold the duct joints together wear out, screws just suddenly decide to pop out for no other reason than possibly your house shifting on its foundation. Noises develop and the whole system changes over time. It’s what happens. That’s the life of an HVAC unit and the associated ductwork.

You are going to change the thermostat thousands of times over the years and everybody in the family is going to take a shot at it. Temperatures will flucuate like your mother in laws affection and the metal in ducts are going to respond in kind. Surface tensions change. Air factors change.

But, not to despair. There are some ways to help the deteriorating situation and prevent Murphy’s law from being true one more time.

The electric company is never going to drop their rates per kilawatt hour, service companies are not suddenly going to offer you a discount for being a nice guy, and prices for parts are not going down any time soon.

So, what is a person to do who want’s to save a little scratch and maybe take the family to Disney before you turn 50?

One way to cut your cost is to take a good look at that system of vent piping you see coursing throughout your house. It just might be the reason you feel like writing notes on the back of the check you write the power company every month.

So, take a little time to check out your ducts.

Your probably never going to see the inside of a television set and Hollywood is most likely not going to call you. But, you can prevent early onset of irrational anger disorder by reducing your energy bill. That’s worth it.

Besides, Macgyver was an actor. He had a crew of people helping him get out of fixes. Nobody can climb out of an elevator with just chewing gum and dental floss.

Except maybe my high school buddy Greg. But, that’s another story.